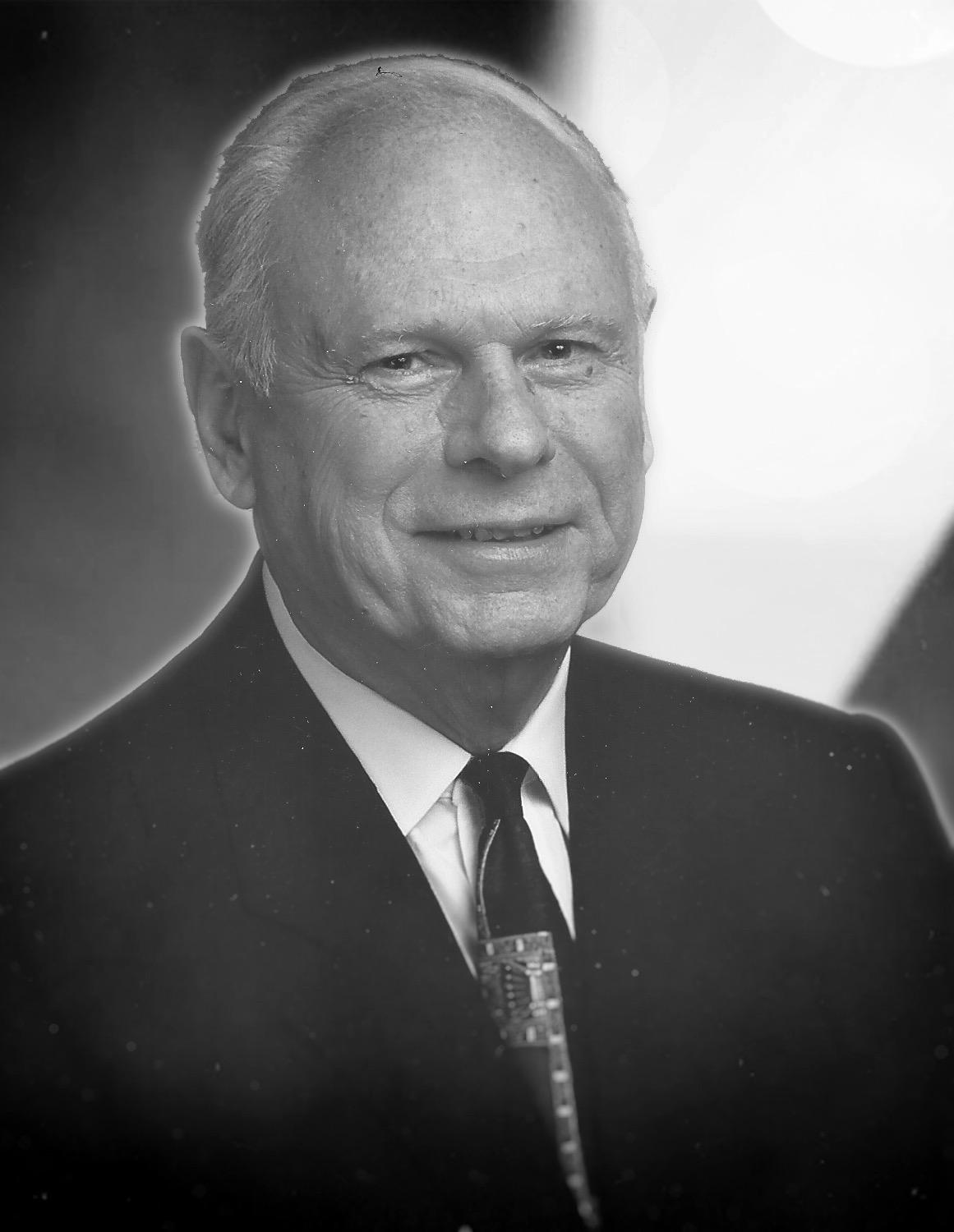 The Honourable Paul T. Hellyer (1923 – 2021), former Minister of National Defence and Deputy Prime Minister of Canada, died on August 8th, 2021, succumbing to injuries sustained from a fall on June 19th. He had celebrated his 98th birthday surrounded by his children and family two days before his passing. Paul is survived by his second wife Sandra Hellyer, his three children Mary Elizabeth, Peter (Sass) and David (Kathy) and his five grandchildren Jordan (Isabel), Kaitlin, Joshua, Michael (Harriette) and Emily (Charles). He will be missed by his six great-grandchildren, Aiden, Evelyn, Jacob, Augustus, Wyatt and Alice. He was deeply loved by his stepdaughters Linda (Brian), Lori (Gene) and Wanda (Lusiana), as well as their children and grandchildren. Always surrounded with large swaths of family and friends, Paul will be missed by his many nieces, nephews, cousins, godchildren, and extended family. He was predeceased by his wife of 59 years Ellen Jean Hellyer, who died June 29, 2004. Originally from Waterford, Ontario, Paul was first elected to Parliament in 1949 and was, at the time, the youngest person ever voted to serve as an MP. Through successive elections, he would rise through the ranks of the Liberal party before choosing to sit as an Independent in the House of Commons in 1971.

He was the Queen’s longest serving Privy Councillor at the time of his death. An opera singer, television host, engineer, author, economist, resort owner, UFOlogist and noted philanthropist, Paul’s roles in life were as varied and diverse as the cultural shifts he experienced during his ten decades. Technology savvy until the end, he stayed in close touch with family and friends through email and Zoom. A deeply religious man, Paul was a long-time parishioner of Metropolitan United Church in Toronto. Although he will be remembered by the public for his political accomplishments, those closest to him will forever recall him as the proprietor and ‘captain’ of Arundel Lodge, a rustic cottage resort on Lake Muskoka which the Hellyer family opened to guests every summer for seventy years. It was through this beautiful piece of land that Paul touched and impacted so many lives, sowing friendships and family relationships that have lasted lifetimes and created a unique bond between successive generations. An avid swimmer his entire life, Paul’s favourite view was to look out over the lake as the late afternoon sun created the illusion of ‘diamonds’ sparkling on the ripples and waves of the water. With our captain hats on and a well-mixed Manhattan in our hands, we raise a toast to a life well lived, a life well loved, and a life that will not soon be forgotten.

In lieu of flowers, donations may be made to Help Lesotho https://www.helplesotho.org/donate-now/ or Metropolitan United Church – Community Meal Program https://www.metunited.org/donate

A Celebration of Life will be held at the Metropolitan United Church at 56 Queen St. East, Toronto on Saturday, August 14th at 11:00am. Attendance is limited and registration is required; a registration link will be added here in the next few days. The service will be livestreamed as well. Online condolences may be made using this website.