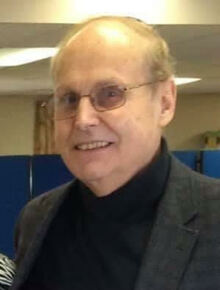 Philip “Brown” Braunstein
It is with a saddened and heavy heart that we announce the peaceful passing of Philip Braunstein after a brief illness, on the evening of Saturday, September 25, 2021, in his eighty-sixth year. Beloved husband of Marilyn (Herman) for 62 years, and the best dad ever to Monte, Ian and Cheryl and Shirra and Michael. A very proud and loving Poppi to Jaime, Sydney, Dylan, Maude, Isaac and Averie. Loving Uncle to his nieces and nephews. To all those that had the pleasure to meet and know Phil, they understood what a special friend and ally they had. He was Dad to his children, Poppi to his grandchildren, Phil to his friends, and Mr. Brown to his colleagues. Phil was a family first man, a rock and central force of the extended families. He put everyone first. A fine and decent man, who will be sorely missed by all who’s lives he touched. A private service will take place. Shiva private. Contributions in Philip’s memory may be made to the Hope and Cope Fund c/o the Jewish General Hospital Foundation (514) 340-8251.