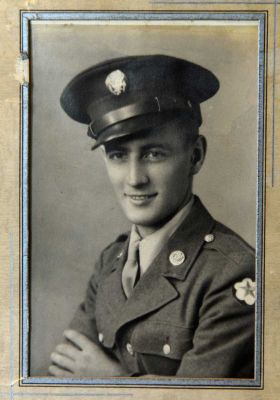 Fiore Casale, a longtime Lindenhurst community activist who once headed the local Little League and served as school board president, died Monday after a lengthy battle with cancer. He was 87.
A World War II veteran, Casale once had an unusual chance meeting over tea with a principal at his granddaughter’s school in Japan. The principal, it turned out, was a major in the Japanese air force who directed one of the worst bombing attacks Casale encountered as a soldier on the Pacific island of Morotai. Later, Casale recalled the meeting: "I really couldn’t speak. I got a little emotional about it and he was really emotional about it."
Until that meeting in 1989, Casale rarely talked about the war. Instead he focused his interest on Lindenhurst, where he moved in 1955. His son, Jeff Casale, president of Suffolk Off-Track Betting Corp., said his father served as president of the local Little League in its formative years and was also heavily involved in the local youth football league. "We were like a huge extended family, he was like everyone’s favorite uncle" said his son, a North Babylon resident. Casale won election in 1969 to the Lindenhurst school board, where he served 14 years, including three as president. He also ran a losing race for Babylon Town Board in 1973.
Richard Schaffer, Suffolk Democratic chairman, said Casale had a knack for putting people at ease. "He’s the kind of guy that as soon as you meet and talk to him, you feel like he’s a good friend."
Born in Erie, Pa., Casale was one of 10 children. As a boy, his family moved to New York City and they lived in a tenement in Harlem. When World War II broke out, he was drafted into the Army. When he returned, he married his childhood sweetheart, Michelina, in 1947 and they remained married until his death.
Casale worked as a printer, first in New York City and later in East Farmingdale. He retired 17 years ago.
Other survivors include son Victor, of Tokyo; brother, Alfred, of the Bronx; three sisters, Marie Giordano, of Jim Thorpe, Pa., Victoria Schneyer of Lindenhurst and Carol Prisco of Northport; and two granddaughters.

A wake will be held Wednesday at Lindenhurst Funeral Home from 2 to 5 p.m. and from 7 to 10 p.m. A funeral Mass will be offered Thursday at Our Lady of Perpetual Help Roman Catholic Church in Lindenhurst.