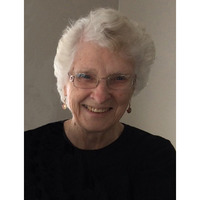 A public graveside service will be held at Maple Ridge Cemetery in Chesterville on Friday, October 22nd at 1 p.m. A reception will follow at the Chesterville Legion. Donations to the Alzheimer’s Society or the Parkinson’s Society would be gratefully acknowledged by the family. If you are making your donation online or by cheque directly to the charity, please include the following note with your gift “please notify the family”. Online condolences may be made at marsdenmclaughlin.com.