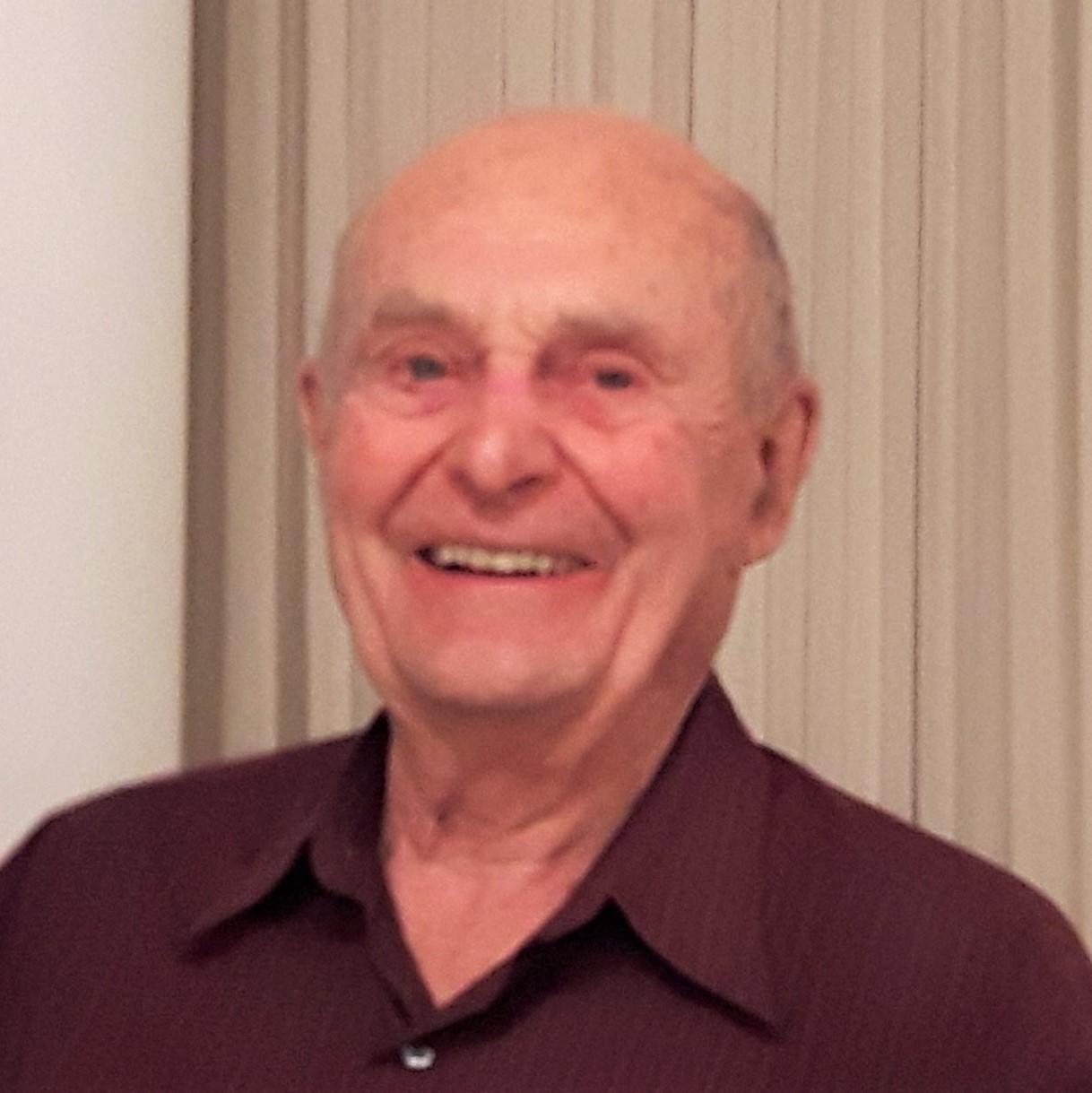 Clarence William (Bill) Kirkpatrick passed away on August 25, 2021 after a short illness.
Bill was born Dec 17 1929. He started school in Alberton, Ontario and finished at the University of Toronto graduating with honours in 1953 from the U of T Faculty of Applied Science and Engineering and obtaining a Masters of Commerce from U of T in 1956. At U of T, he met Joan Elliott, whom he married in 1955. They had 4 children: Wendy Crosby, Heather Cruickshank, David Kirkpatrick, and Karen Lowe. Bill earned designations as a professional engineer (1954) and a private pilot (1961). Bill enjoyed an active and full life. He loved to laugh and learn. No challenge was too big for him to tackle, at home, the cottage or work.
Since 1938, Bill spent summers at the cottage on Chandos Lake, swimming, boating, and playing cards.
Loving cottage life, he and Joan bought property on Lake of the Woods where they designed and built an
A-frame cottage. He was a Lieutenant (Engineering) of the Royal Canadian Naval Reserve (1950-59) on the HMCS York. He worked at Massey Harris (now Massey-Ferguson) and, for many years, at the Canadian Gypsum Company, later IKO, in Toronto, Indiana, New Jersey, Winnipeg and back in Toronto. He formed his own company, Nimbus Engineering, in 1995.
He has been in many bridge clubs over the years and loved playing hearts and cribbage with his grandkids. Because his keen interest never waned, he attended aircraft exhibits such as Bomber visits and Snowbirds shows. When living in Winnipeg, there were ski holidays and cross country car trips to Ontario with unruly children in tow. He was an avid traveler, always thinking of new adventures. His vacations with Joan ranged from town-hopping in a small plane that he flew, sailing in the Aegean, safaris in African, winters in Mexico, cruises in Fiji and many more.
Never content to sit on the sidelines, Bill was an active member of many organizations. Most notably is his lengthy involvement with the University of Toronto 5T3 Alumni Association. He was engaged in learning and kept up with advances in society, science, and loved catching up with friends. He enjoyed being involved in the 3rd year student 5T3 Engineering Award process, where he met many inspiring young students at the early stages of their careers.
He loved sailing. With his sailboat Nimbus, he joined the Etobicoke Yacht Club and served on the Board of that club, rising to role of Commodore. He especially loved the racing group (although Nimbus never placed highly) and he enjoyed the group cruises to various ports on Lake Ontario. He was elected to the Board of Directors for the condominium he and Joan lived in, he serving as President. He was also active in social clubs, always with a quick smile. He is survived by his wife Joan; his sisters Ruth Jentz and Janet Sommer; his children: Wendy Kirkpatrick Crosby (Robert Crosby), Heather Cruickshank (Ian Cruickshank), David Kirkpatrick (Robin Murray), Karen Lowe (Ron Lowe); and his grandchildren: Tom Crosby, Andrew and Kate Cruickshank, Alexandra and James Lowe. He is predeceased by his parents, C. Warren Kirkpatrick and Zelma Morwick Kirkpatrick and his grandson Nicholas Crosby.
Bill always kept busy. He loved to learn about new technology, play and watch sports, read, play cards, and catch up with family and friends. To honour Bill, his children would love for you to join a Zoom memorial on Tuesday, September 7, 2021 at 5:30 PM eastern time. We will celebrate his life, and raise a glass to toast Bill.
(Meeting details:
https://us02web.zoom.us/j/85900209100?pwd=VlR2N0tuRm1GY2RvN1ZpTDNkTkkxUT09, if required,
passcode: 123456)