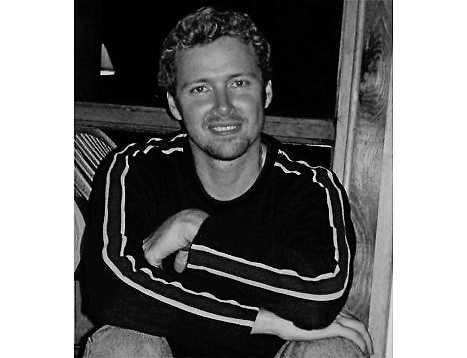 TYLER DOUGLAS CRAGG August 18, 1971 – December 7, 2015 After courageously fighting brain cancer without complaint for nearly three years, the time came for Tyler to go be with his Lord, which he described as heading “upwards and onwards.” He leaves behind a family so incredibly grateful to have shared his life, so proud of his earthly achievements and who had the privilege of caring for him throughout his battle: his parents, Erik and Karen Cragg of Orleans, MA, his brother Richard of Orleans, MA and his brother Colin, sister-in-law Brenda, niece Bethany and nephew Ethan, of Ottawa, Canada. Tyler’s passion was hockey. For many years, he was the General Manager of the Canadian Ice Academy and President of the Toronto Junior Canadiens hockey club. Highly regarded within the hockey community for his sportsmanship and tactical expertise, Tyler enjoyed tremendous success for over 15 years as the Head Coach of numerous hockey teams with the Jr. Canadiens, as well as the East Coast Selects. But success for Tyler was not measured solely on the score sheet, although he had much more than his fair share of that. He greatly valued the responsibility entrusted to him as a leader and role model for all the boys that played for him. While so many of them went on to play Junior, Major Junior, College and Professional hockey, even in the NHL, in the end, Ty was more proud of the part he played in helping his boys develop into the fine young men they are today. This is Tyler’s legacy. Tyler’s family is grateful for the love and support of so many people, and wish to particularly thank the Community of Jesus, Dr. Patrick Wen of the Dana-Farber Cancer Institute, Peter and Eva Friedmann, John Gleeson and Spaulding Rehabilitation of Cape Cod. Tyler’s life will be celebrated with the following events in Orleans, Massachusetts: wake/family visitation 4:00 – 8:00 p.m. on Friday, December 11, 2015 at 50 Defiance Lane; prayer vigil from 9:00 – 10:30 a.m. on Saturday, December 12, 2015 in the Emmanuel Chapel in the Church of the Transfiguration, 5 Bay View Drive; funeral service at 11:00 a.m. at the Church of the Transfiguration and interment immediately thereafter at the Orleans Cemetery; and reception at 50 Defiance Lane following the interment. Instead of flowers, please consider a donation in Tyler’s name to one of the following organizations: the Community of Jesus, Orleans, MA or Canadian Tire Jumpstart.