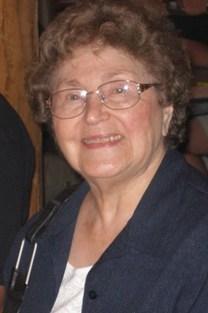 On December 3, 1932, she married Anthony Governo. They had four sons, Anthony "Jack," Carmen "Bud," Richard and William. After her first husband’s death in 1951, she learned to survive and thrive raising her four boys as a young, single mother. Christine married her second husband, Elta Barnes in 1962. They eventually moved to Blissfied, Mich. where she worked as a bank teller at Jipson Carter Bank. After her retirement she moved to Mesa, Ariz. with her husband. Her second husband, Elta Barnes, preceded her in death in 1987.

Christine was a wonderful mother, grandmother and great grandmother. She was also a great baker, making all sorts of cookies for Christmas and other holidays. Her grandchildren especially loved her dinner rolls and raisin bread. She loved books and spent most days reading. She lived alone in her own home until being admitted to the hospital.