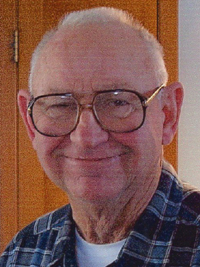 He was born February 4, 1928, to the late Bruce and Mabel (Kerber) Chambers. Kenny proudly served his Country in the United States Army during the Korean War. He was a lifetime farmer who developed a passion for woodworking.

In addition to his parents, he is preceded in death by his brother, Robert Chambers; sister, Ethel Trede; grandson, Andrew "Ace" Chambers.